My Father’s Letters (by Yana Sakellion) 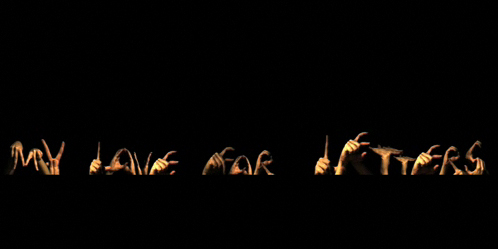 My love for letters as objects started even before I could read. The first time I saw one was at the very tender age of 4. I knew exactly what I was looking at because my family collected correspondence (postcards, letters, cards and scraps) sent by my father from Greece. Every time a new addition arrived, my mother and grandmother would gather around and read it aloud so that I could hear. Long at first, the messages got shorter and shorter as the “Father-pile” grew. Nonetheless, those envelopes were still carefully placed in a specially allocated drawer and kept, more or less, in chronological order.

Sometimes I would be allowed access to the “Father-pile”, although someone else would remove of the letters and put them back in place. There were a small number of holiday cards, the most beautiful things I‘d ever seen on paper by that age. They seemed impossible compared to the poorly produced, plain, unimaginative postcards we got from our relatives from Ukraine; not for the lack of taste on their part, but due to the decline of print industry funding.

I remember one card in particular. Even till this day the image is very sharp in my mind.Printed on a snow-white heavy weight paper, there was an embossed illustration of a spring cherry grove – flowers blooming, petals falling, little birds flying. Under a tree stood a young beautiful couple, holding hands. A handsome dark-haired man, and a fair woman with a delicate profile were looking into each other’s eyes, smiling tenderly. Everyone at home (my mother included) noted that those happy lovers looked just like my parents. It must have been an anniversary card my father sent. Devoid of cynicism in those days, I loved picking this card out of the pile, examine the watercolor illustration and every bit of the glitter on it, open the cover and feel the insides of embossed cavities with my fingers.

Not being able to read yet and having forgotten the context of the letter, I just let the intricate weaving of blue ink wash over me. Starting at the very first symbol I’d follow each thread, letting my eyes flow with the curves or jump over mysterious obstacles left by my father’s pen. Once I reached the end of the letter, I would start right back at the first mark again. It became a sort of a meditative practice.

Somehow I believed that by the sheer repetition of this process and my good sense, I would be able to will the meaning into existence. I can’t recall if it actually ever happened, but I did experience waves of euphoria whenever I seemed to have recognized something familiar in the lines of ink. It was real to me, and that was good enough. Eventually, I stopped my love affair with the “father’s pile”. It happened in a space of a year or so of those imaginations, when I finally learned to read, or perhaps when I saw my father that same year on his first visit back, which lasted a few days and left no significant memories.

One thought on “Yana Sakellion”