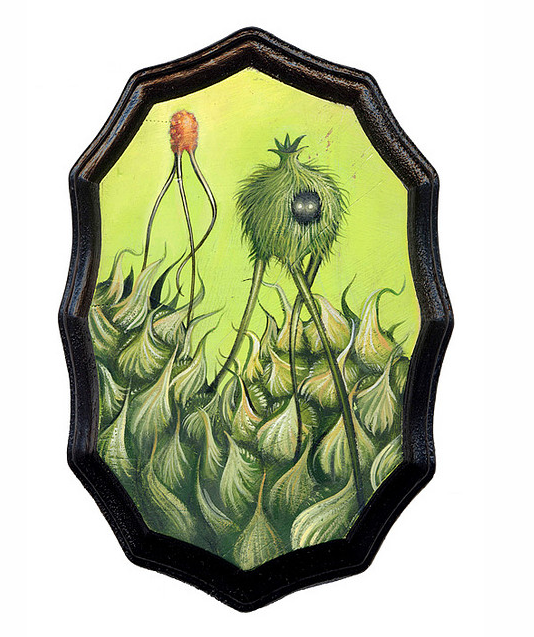 Dan May was born and raised in the suburbs of Rochester, NY. He attended Syracuse University, where he received a BFA in illustration. Dan spends his days (and nights) painting dreamlike environments that transcend space and time. These delightfully haunting images are often based in personal observations of both human’s and nature’s relationships with each other. His artwork has been exhibited in galleries throughout the US and abroad. Dan has collaborated with numerous publications, design firms, advertising agencies and publishing houses. Some of his clients include WIRED, St. Louis Magazine, The San Francisco Chronicle, Aspen Magazine, Village Voice Media, AOL Productions, 20th Century FOX and VIZ Media.