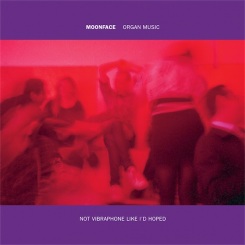 Moonface with Siinai
Where: The Bowery Ballroom
When: Sat, June 30, 2012

Featuring Spencer Krug who also leads Sunset Rubdown and plays in Swan Lake. He debuted Moonface in 2009 with Dreamland EP: Marimba and Shit-Drums, which consisted of a single 20-minute track. He’ll follow that up on August 2, when Jagjaguwar releases a full Moonface album called Organ Music Not Vibraphone Like I’d Hoped.

Sam Prekop and Archer Prewitt (of The Sea and Cake)/Helado Negro
Where: Mercury Lounge
When:  Sat, June 30, 2012

Over the last few years Lange has collaborated with David Ellis, Brian Alfred and Nene Humphrey on sound installation work. Recently he has created a series of solo sound installation pieces ranging from Music Box HVAC systems to Floating speakers that hover playing back original site specific compositions. Lange has also worked with Bear in Heaven and Julianna Barwick as well as famed music producer Guillermo Scott Herren to produce Prefuse 73 and Savath and Savalas as an active member and contributor.

“Composing with Patterns”: Music at Mid-Century
Where: Guggenheim
When: Tuesday, July 10, at 7:30 pm

Listen to experimental 1950s music by composers such as Earle Brown, John Cage, Giacinto Scelsi, and Karlheinz Stockhausen in the museum’s rotunda while viewing works by Louise Bourgeois, Alexander Calder, Jackson Pollock, Antoni Tàpies, and more in Art of Another Kind: International Abstraction and the Guggenheim, 1949–1960. Christopher McIntyre directs an all-star ensemble featuring musicians from the International Contemporary Ensemble, Ne(x)tworks, and Either/Or Ensemble, among others. A talk by composer R. Luke DuBois precedes the performance.

We are excited to host the launch of Repository: A Typological Guide to America’s Ephemeral Nuclear Infrastructure, an informational card game created by Smudge Studio. Elizabeth Ellsworth and Jamie Kruse will present their graphically vivid cards and tell the terrifying tales of America’s real-life nuclear waste shell game, as part of our Future Migration segment in this Migration year.

For artist Guy Laramée, the land is full of history and stories, much like the books he sculpts. Each has a life, independent of those who travel upon its ridges or wander through its pages. Laramée carves and sandblasts carefully selected texts into detailed landscapes from timeless locations. Mountains will explore Laramée’s admiration for mountains and the life they provide.

Prepare to have your mind blown at the new live show from the hit podcast series Radiolab. Hosts Jad Abumrad and Robert Krulwich explore the dawn of sight and the evolution of the eye in an evening that includes storytelling, music, stand-up comedy, and dance. Featuring dancer athletes, comedian Demetri Martin, and singer-songwriter Thao Nguyen.

The Adventures of Prince Achmed
Where: BAM
When: Sun, Jul 1 at 6pm

For this special BAMcinemaFest closing day event, two of 3epkano’s founding members are joined by avant-garde cellist Erik Friedlander as they find their muse in the oldest surviving animated feature, The Adventures of Prince Achmed. Under the influence of Georges Méliès’ special effects, pioneering avant-garde German filmmaker and artist Lotte Reiniger employed silhouettes of cardboard cutouts on illuminated glass to craft this dreamlike homage to The Arabian Nights, in which a prince joins forces with Aladdin and a magic horse to vanquish an army of demons. 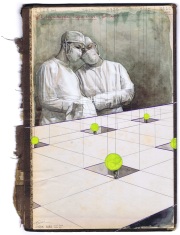 Ana Cristea Gallery is pleased to present “Wish You Were Here,” a summer show of three artists from Slovakia, Romania and Belgium. The works of Andrej Dubravsky, Oana Farcas and Gideon Kiefer are masterfully painted and reflect their individual training at the highest levels of the fine art academy. Whether billboard or postcard-sized, the works command the viewer’s attention through colors, lively settings and inspired brushwork. The narratives in these works honor the role of the natural world and self-selected communities.  A lake at summer camp, an artist studio or laboratory environment might appear familiar initially, but the evident strange(r) element in all three artists’ works give them charge and wisdom.

Dr. Eugene Chadbourne + Bryan and the Haggards + Pull My Daisy
Where: Vaudeville Park
When: Mon. 7/2, show at 8pm

Legendary freak-guitarist/banjo player, Eugene Chadbourne, is getting ready to record a new album with Bryan and The Haggards for the Northern Spy record label. Eugene will also be playing a solo show at The Stone on July 5th.

The Breakestra began as the house band for the legendary late 90’s hip hop party that Miles promoted called the Breaks. Egon from Stonesthrow Records further explains the etymology of their name: “Break. As in “breakbeat.” That ten second slice of percussive magic in the middle of a funk song that, when looped together by progressive South Bronx DJs in the 1970s, became the basis of the hip-hop movement. Arkestra. Out-there jazzer Sun Ra’s funkafied concept of the stuffy classical orchestra.” When we combine the two concepts, you have the Breakestra or in other words an orchestra that plays funky ass classic & new original breaks.

Traditionally highlighting the unique personality of a subject, the genre of portraiture is at odds with the increasingly disparate quality of our current experience of the self. The popularity of social media and instant communication has meant much more frequent interaction between individuals, which favors brevity and is often disconnected from place. Now being available “anytime” takes precedence over one’s location, as the disengagement of context (where and how we encounter one another) from interpersonal exchanges poses questions for the ongoing relationship between perception and identity.

Two sets of newly and freely improvised brought to you every Thursday night in July by Max Johnson & Weasel Walter with a slew of very special guests. Come enjoy as musicians from all over collide to create sounds that you may never hear again in your life!

For over 15 years, the Theo Bleckmann & Ben Monder Duo has been touring the U.S., Europe and Asia creating a unique approach to what might be called “jazz art song”, blurring the boundaries between jazz, classical, ambient and rock. Bleckmann’s vocal style is based on a thorough understanding of the jazz vocal tradition as well as “extended vocal techniques” (he has been a principal in Meredith Monk’s Vocal Ensemble since 1994) and also uses electronic looping and processing in order to create choral and textural soundscapes. Film fans will note that Bleckmann created the alien language used in the film Men In Black.

Eliot Lipp didn’t choose to become one of the most looked to artists in contemporary electronic music, but somehow, Lipp’s sound, one that uses vintage gear to create a unique take on Hip Hop and House, has quickly garnered the respect among the industry’s most influential musicians and producers as well as the deep admiration among audiences worldwide.

During performances, Micka buries himself in a pile of electronics-shelves of effects, mixing consoles, amps and delay units-while patiently constructing a layered nest of loops consisting of live drum beats, guitar chords, scrapes, chucks, chimes, and melodies resulting in anything from more conventional songs to meticulously crafted ambient movements on to full on improvisation.