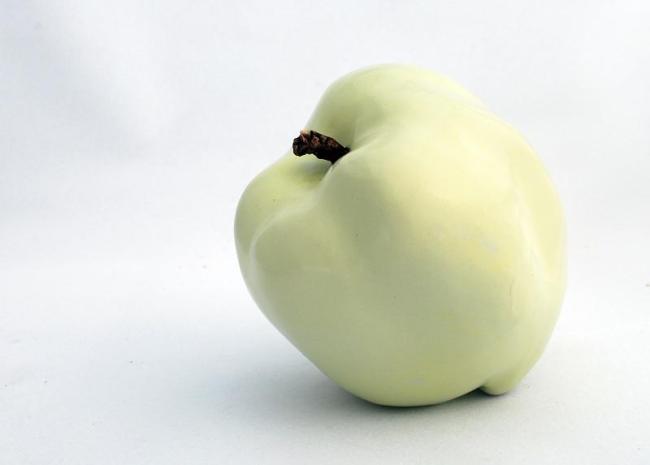 Rath’s porcelain sculptures allude to the odd forms and luminescent hues of little-known and endangered varieties, while large-scale photographic portraits document newly manufactured hybrid trees. These artifacts are designed to investigate diversity at a molecular level and human intervention in the natural world.

MY LOVE FOR YOU BURNS ALL THE TIME transforms the Packard Plant, Detroit’s notorious post-industrial behemoth, into a series of silver-plated fragments of a monument in miniature. Let’s call it Pirnanesian bling. Measured, documented, reconstructed instances suspend the ever-shifting site into a series of precisely scaled replicas of ruination. Some focus on the buildings’ acclaimed iconography: the water tower, the Grand Boulevard bridge. Others preserve unexceptional examples of architectural obsolescence: a reinforced column, a typical façade, an elevator shaft. Suspension here is a devise in the production of fetish-worthy fantasy, allowing an interminable return to an image of degradation that no longer exists in the material world. The copy, consequently, is rendered more auratic, more titillating.

Do you sometimes wonder where all these superhero movies come from? Are you new to comics or a lifelong fan? Join us for a celebration of all things comic and super! (super hero, that is).
11:00 am – Toon Town: Comic Books and New York City by Kent Worcester
12:30 pm – Manga drawing instruction with Ivan Velez
2:00 pm – Comic Trivia with Geeks Out
4:00 pm – Comics Panel, featuring Marvel writer Greg Pak and Marvel editor Daniel Ketchum

With vocal comparisons to Nina Simone and a musical style that pulls from jazz, blues and country, singer/songwriter Dayna Kurtz has found her best success not in America but in Europe. Kurtz started out as a folkie, but has expanded her influences over the years, creating a sound that fits in best with an Americana umbrella.

Do politics belong in music? They sure do, especially when delivered as entertainingly as by this handful of radically independent singer-songwriters. Indie folk singer and activist Erin McKeown owes much to the topical songwriting of folk legend Tom Paxton. Bedazzled creature Taylor Mac and band perform selections of political songs from his upcoming 24-hour concert of the history of popular music. Daniel Kahn, whose Painted Bird has been called “the Yiddish Pogues,” is to klezmer music what blues singer Pura Fé, founder of a cappella trio Ulali, is to Native American music.

Underpinnings presents a look into the wiry world of performance, dance, music, and fine art as interpreted by its involved artists. With motifs of peeling, multiple selves, sustainable creativity, streaming consciousness, power/submission, synth-art-pop, symbiotic siblingship, and sacrifice, each short individual act envelops viewers in an original experience. The performances will be followed by a party where drinks, video installation, and fine art will flow forth, served on a platter by the ritualistic art community that exists solely in Underpinnings.

Join us for Shake In/Shake Out, a special performance art edition of our monthly potluck dinner and art salon. Starting in the kitchen at 8pm we will feast and then at 9:00 we’ll head to the gallery for performances, video art, and installations curated by Fluxers Ye Taik, Lehna Huie, and Lena Hawkins.

Music Maker Relief Foundation is pleased to announce the release of Dom Flemons’ & Boo Hanks’Buffalo Junction. This album is the result of a partnership between Piedmont-style blues guitarist Hanks and Flemons, who in 2011 won a Grammy Award and played the Newport Folk Festival with his group the Carolina Chocolate Drops. Hanks worked the tobacco fields near his Virginia home for the majority of his 83 years. In 2006 he began a partnership with Music Maker Relief Foundation that led to opportunities such as opening for the Chocolate Drops collaborating with Dom Flemons on their album, Buffalo Junction, named for Boo Hanks’ hometown. The album, which will be released June 19, 2012, features upbeat, country blues that crosses generational lines.

This year’s championship event will be presented over 2 days with the Grand Finals being held at Le Poisson Rouge as well as an opening night International Open Mic series at Littlefield performance arts gallery in Brooklyn. The event will feature beatboxers from across America with special showcases by reigning American champion J-Flo, three man ill, and Word of Mouth (Killa Beatz and Subconscious) of Toronto.

The New York International Fringe Festival (FringeNYC) is the largest multi-arts festival in North America, with more than 200 companies from all over the world performing for 16 days in more than 20 venues.

Our next event is with three amazing NYC based artists, Jon Burgerman, Andrew Bell, and JK5 for the opening of ‘Other Mother Brothers’. Join us for a show filled with originals, prints, books, designer toys, apparel and more!

Get blasted by super-soakers! Witness the scorching of He-Man action figures! Be dazzled by James Cameron’s revolutionary action sequences and special effects… recreated LIVE (in true 3D)… with next to no budget at all! Think your Arnold Schwarzenegger impersonation is the best around? Here’s your chance to prove it. For each show, the role of THE  TERMINATOR will be chosen from the audience… by the audience!  Don’t worry, we’ll provide all of Arnold’s complex, important dialogue on cue cards.

The cellist draws from “the similarities between seemingly diverse music forms such as blues, Sufi, Middle Eastern and even Gregorian chant.”.

In honor of the 25th anniversary of Socrates Sculpture Park, founded by Mark di Suvero, four artists who have exhibited at Socrates — Janelle Iglesias, Jory Rabinovitz, Rob Swainston, Lan Tuazon — will lead workshops and tours of the di Suvero exhibition and relate the exhibition to their own artistic practices.

Join us on Thursday, August 9 at 6:30pm for the third Poetry from the Rooftops of 2012. Aracelis Girmay, A. Van Jordan & Tom Sleigh will read from their work.

Joianne Bittle: On My Way Gone
Gypsy Fest
Al Green
The Fall of the American Movie Palace
Hour of Charm