Just a reminder, The 22 will be on vacation from Dec 19th-29th. Weekly listings will return around Jan 1st, and submissions are due for the collage volume by Jan 30th, (though we highly recommend getting them in during these 2 weeks.) Have a safe and Happy Holipocalypse!

Masters at crafting alluring sonic landscapes from the most unlikely found objects, Brooklyn-based quartet Sō Percussion explores the idea of home with a bold experiment in collaborative art-making. Directed by three-time Obie Award winner Ain Gordon (Spalding Gray: Stories Left to Tell), Where (we) Live invites artistic colleagues working in different mediums to participate as both co-collaborator and muse in Sō’s creative process and performance: Grey Mcmurray (itsnotyouitsme, Knights on Earth) writes poignant, personal songs; Martin Schmidt’s videos show the quirky and unnoticed beauty in our homes; and Emily Johnson delivers secret instructions to the performers onstage. Each evening will also feature a special guest artist (listed below). To these and other contributions, Sō adds an astounding range of composed and improvised sounds, inspired by the physical and symbolic places we live.

Not even John Hodgman, the Daily Show’s resident expert, knows for sure. But he is keeping John Cusack prisoner in his home, just in case. And on December 21, he will perform what is likely to be the last night of comedy entertainment ever. 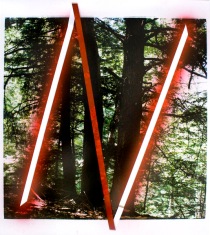 Higher Pictures presents the first solo exhibition by Letha Wilson. Wilson uses photography as a material medium combining photographic images of nature, prints, paint, concrete and wood in a dimensional manner to examine the made world.My artwork uses images I have photographed in the natural landscape as a starting point for interpretation and confrontation. The work creates relationships between architecture and nature, the gallery space and the American wilderness. In the photo-based sculptures the ability for a photograph to transport the viewer is both called upon, and questioned; sculptural intervention attempts to compensate for the photographʼs failure to encompass the physical site it represents. Landscape photography as a genre is approached with equal parts reverence and skepticism.

Boldly flying in the face of the prognostications of the Mayan Calendar, Nostradamus and the revelations made to John, Joey Arias ushers in the End of the World at Joe’s Pub on Friday, December 12.  Following high-profile concerts this year at Central Park SummerStage and London’s Southbank Centre (as part of the Antony-curated Meltdown Festival), Arias brings his bawdy humor and incomparable vocal stylings to the intimacy of Joe’s Pub for an apocalyptic evening.  Guest performers include the glamorously gender-bent Pixie Harlots (Weimar New York) and performance artist Narcissister.

The Muppet Vault is a monthly series featuring classic, rare, and unreleased videos from the Muppets, Sesame Street, and the works of Jim Henson.  Muppets and Christmas go together like eggnog and mistletoe, and with the holidays fast approaching, it’s the perfect time to revisit the most memorable moments from the Muppets’ dozens of Christmas specials, movies and appearances.

Why We Buy, Why We Brand: An illustrated lecture by Debbie Millman
Apexart
Wednesday, December 19: 6:30 pm

“Why We Buy, Why We Brand” is an entertaining sociological, scientific, and anthropological overview of why we purchase things and cultivate brands. What sets one brand apart from another? Is there a magic formula that turns a simple script logo into the international graphic icon Coca-Cola, or makes us ogle over the latest Apple product? Take a deep dive into the influence branding has on our everyday lives, from branding ourselves and the world around us, to the role branding plays in the products we buy and the way we live.

Microscope welcomes Bushwick-based artist/musician Lazurite (Megan Moncrief) to the gallery for a screening and musical performance. Ascension Twitch is a collection of new and recent video works involving found footage and fluorescent colored animations, mostly created in MS Paint. The works include soundtracks by the solo artist and with several of her collaborative projects, including Boring Acid, No Wife for Jesus, and Tinku.

WIM don’t create buzz through cheap stunts or Twitter; rather, they excite and amaze with long sets, great tunes and glitter.

Christopher Duffy’s New Commission, I Think I Want My Energy in All Colors, is a series of new glass sculptures presented together as a dynamic installation. Suspended from the ceiling of the storefront Project Space, a mechanized series of glass vessels turn on an axis, shimmering and reflecting against the windows. A collection of tubes, acting as a sculptural circulatory system, pass air through glass vessels encased in brightly colored balloons. Expanding and contracting, these inorganic organisms breathe, giving the installation its own heartbeat and pulse. In another corner of the space, a glass rainbow explodes from the base of a bronze tree trunk, reaching for the sun. A faint soundtrack penetrates the space, a constant loop that mirrors the kinetic movement of the installation.

DJ/Producer Ali Shaheed Muhammad is known around the world as one-third of the legendary hip hop group A Tribe Called Quest, but he began his musical career in his hometown of Brooklyn, New York. It was there that his uncle, Michael Jones, a bass player and DJ himself, pulled aside 8-year-old Ali and began teaching him music. Ali then spent years DJ-ing parties in his Bedford-Stuyvesant neighborhood and recorded a slew of demos before co-founding Tribe in 1985 with Q-Tip, Phife Dawg, and Jarobi. He was just 19 when the group released its first album, People’s Instinctive Travels and the Paths of Rhythm, in 1990, and four more followed: The Low End Theory (released in 1991); Midnight Marauders (1993); Beats, Rhymes and Life (1996); and The Love Movement (1998). All went either gold or platinum, with The Low End Theory and Midnight Marauders both widely considered hip-hop classics.

Roulette welcomes maverick, minimalist composer Phill Niblock presenting his annual Winter Solstice concert featuring 6 hours of music, film and video as the sun shines directly over the tropic of Capricorn, the longest night of the year unfolds & winter begins in the Northern Hemisphere. 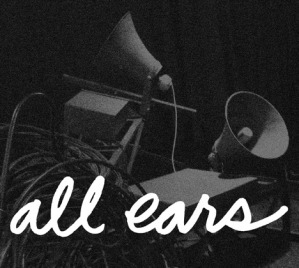 OPUS NO. 7­
MEREDITH MONK: A Benefit For Roulette
Frightened Rabbit
The Night Before Golden Festival
EELS