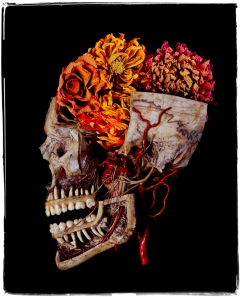 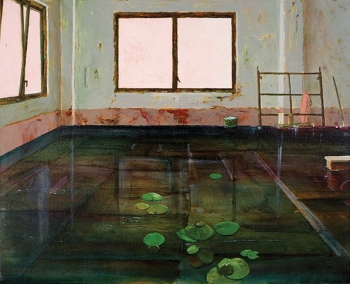 EXTREME WHETHER by Karen Malpede
A new play about the censorship of climate change science.

A Steady Progress of Nothingness / Basim Magdy at Newman Popiashvili
Newman Popiashvili gallery is pleased to present A Steady Progress of Nothingness, the third solo exhibition at the gallery by Egyptian artist Basim Magdy. The artist will present a film, a slide projection and paintings. Magdy’s titles for his works and exhibitions always play on the idea of human achievement through the ages, but hints at the ultimate failure that occurs with each generation. Highlighting this idea in My Father Looks For An Honest City, 2010, Magdy asked his own father to reenact Diogenes of Sinope’s philosophical statement of carrying a lamp in daytime. Diogenes, who was one of the founders of the philosophy of cynicism, was most known by his repeated act of carrying a lamp in daylight supposedly “looking for an honest man.”

OLD-FASHIONED PROSTITUTES (A TRUE ROMANCE) @ The Public Theater
April 30-June 2, 2013
Snapshots from an enigmatic fairy-tale in which Suzie, the elusive coquette, brings Samuel to his knees – from where he worships a life he only half understands. OLD-FASHIONED PROSTITUTES (A TRUE ROMANCE) is an expressionistic chamber-play that twists emotional heartache into a landscape of continual mental invention, marking the return to theater of a celebrated artist whom The New York Times has dubbed “the Godfather of the American avant-garde.” Presented in association with Ontological-Hysteric Theater.

PEN World Voices: An Evening with McSweeney’s @Joe’s Pub
Join us for a celebration of the art of translation. McSweeney’s contributors will read excerpts from their translations in McSweeney’s Issue 42 –an ambitious experiment which took twelve stories through six phases of translation of a variety of languages, granting each translator a liberal creative license to change the story at will.

The Legend of Apsara Mera
The Royal Ballet of Cambodia comes to BAM with this breathtaking work, featured in the citywide Season of Cambodia festival, with movement constructed by Her Royal Highness Princess Norodom Buppha Devi.