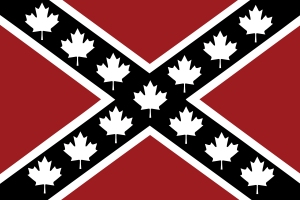 For Hughes, this upcoming show is a concoction of two inpirations: Flight to Canada, a novel by Ishmael Reed, and Coonskin, an animated film by Bakshi. Flight to Canada tells the story of Raven Quickskill, 40’s, and Leechfield slaves who run away from their master, Mr. Swille, in search of freedom. Coonskin tells the story of Brother Rabbit, Preacher Fox, and Brother Bear, who flee the American South during the 1970s in search of liberation. Using satire, sex, violence, identity, and history to tell the stories of their characters, both Reed and Bakshi make clear that transformation can only come from within—a theme that is the cornerstone of Hughes’ work and that resonates deeply in his life. Consequently, there is “Coonskin 2: Flight to Canada”, which is Hughes’ vision of a sequel that will never happen. The show serves as homage and “thank you” to the great works of Reed and Bakshi and is a representation of Hughes’ love of the lost art of animation. Terrance Hughes was born in 1975 in St. Louis, Missouri, and currently lives and works in New York City. He is a self-taught artist, whose work deals with different periods of Black American history and issues surrounding cultural and social identities. Hughes’ works consist of two elements: graphite and charcoal on paper to create rendered portraits and landscapes from photo references, which are meant to mimic the photo itself, complete with imperfections; and animation Cel Vinyl on acetate, providing stark contrast through its vivid color and three-dimensional effect. It is his belief that the lost art of animation deserves a place in the art world.

END_OF_DOCUMENT_TOKEN_TO_BE_REPLACED

Three legends of the New York Underground combine forces for an evening of extreme improvised music. “The most important multimedia artist of our time,”(LA Times), Laurie Anderson is best known for her multimedia presentations and musical recordings that have challenged and delighted audiences around the world for more than 30 years. Tonight Anderson teams up with husband Lou Reed – arguably one of the most influential musicians in rock history whose band, the Velvet Underground, redefined the music of the late ’60s. Also joining them tonight is maverick composer/performer and godfather of the Downtown New York scene, John Zorn.