And, of course, there will be storytelling, live music, community, art and LOTS of clapping. What more could you want out of a Sunday morning? Come celebrate the city with us. Oh, and feel free to bring something tasty for the refreshment table! 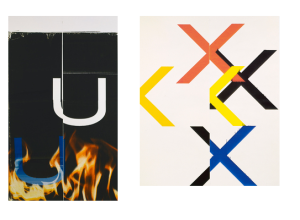 Over the past decade, New York–based artist Wade Guyton (b. 1972) has pioneered a groundbreaking body of work that explores our changing relationships to images and artworks through the use of common digital technologies, such as the desktop computer, scanner, and inkjet printer. Guyton’s purposeful misuse of these tools to make paintings and drawings results in beautiful accidents that relate to daily lives now punctuated by misprinted photos and blurred images on our phone and computer screens. Comprising more than eighty works dating from 1999 to the present, Guyton’s first midcareer survey features a dramatic, non-chronological design in which staggered rows of parallel walls confront the viewer like the layered pages of a book or stacked windows on a monitor.

The exhibition’s title Gaia refers to the Greek earth mother goddess as well as the scientific Gaia Principle, proposing that “all organisms and their inorganic surroundings on Earth are closely integrated to form a single and self-regulating complex system, to maintain the conditions for life on our planet” (James Lovelock). Mi explores the significance of Gaia pictorially, as it relates to today’s ecological challenges. In works such as One -as well as Wind and Water–the artist celebrates and pays homage to the elements in all their glory by examining both microcosms and macrocosms in nature. Mi deconstructs space in the manner of classic Asian landscape painting to present a floating menagerie of symbols – disembodied lanterns, birds, insects, dragons and other hybrid creatures, rich organic matter – looming up from the primordial void. Mi also employs radical shifts in scale and density, subtle hues juxtaposed with jarring color, fluctuating perspective and other dramatic methods to convey her otherworldly vision. Negative space is addressed lovingly and carefully, with as much and perhaps more import than actual objects.

Unique in the realm of approaches to improvisational conducting, Go: Organic Orchestra utilizes a composed non-linear score consisting of sound and motion elements. These include tone rows, synthetic scales, melodies, linguistic shapes, intervallic patterns, textural gestures, modes, ragas, maqams, and plainchant. The score serves to provide material for both the improvisations and the orchestrations. Motion and forms and are generated through the application of the composer’s rhythm concept “Cyclic Verticalism” whereby polymeters are combined with additive rhythm cycles.

Horton Gallery is proud to announce Martha Colburn’s Camera, lights, charge, Pop! – opening Friday, September 28th in the gallery’s new, expanded Lower East Side location at 55-59 Chrystie Street. Marking the first time that her work has been seen in this capacity, the exhibition will feature an hour and a half program of about thirty manipulated found footage and stop animation films from the mid-1990s to the present as well as Polaroids and large-scale collages.

WILLEM ANDERSSON at Nancy Margolis Gallery
THE HIVE
How to Break

Tales of Social Activism
Museum of the City of New York
Saturday, August 18 at 2:00 pm

Activist New York includes an astonishing array of documents, historic artifacts, and personal items that transport us to iconic moments when grassroots movements changed the city’s history and culture. But the stories of New York activism are also woven through the lives and memories of countless New Yorkers. Join us for a gatherine during which we invite you to bring along a photograph, or just a story, that tells about your or your family’s involvement in the democratic process of change that occurs when citizens unite for common goals.

All are invited to be present in Dream Time, listening into the moment, discovering who we are in this moment, within and without, listening, sounding, moving, seriously playing the moment, exploring the moment as a community of listeners/viewers. A sound/video dreamscape which has evolved from Norman’s prior Singing Mask ceremonies, his latest work “Mysterium Magnum,” home videos and recent electronic music by Ezra will accompany us in this journey. As a shared dream, Ezra, Caleb and Norman will explore and guide us into the present moment with sound/movement/Singing Masks as we are all interdependently interconnected within the intricate interwoven depths and delights of Dream Time.

Trombonist and composer has worked with Slavic Soul Party, Lee Konitz and the Kronos Quartet but here he presents elegant and energetic compositions for his lithe trio. “Odd and excellent, taut with paradox” – Ben Ratliff, the New York Times. With Jacob Sacks, piano and Dan Weiss, drums.

From myths of haggling savages to accounts of societies run on mutual aid, “barter” occupies a grey area between gift giving and market transactions. In this workshop, participants will experience the theory and practice of barter. Participants will (1) learn about contemporary and historic barter communities, (2) connect with potential barter partners and (3) discuss the problems and possibilities of barter: building trust, negotiating value, communicating clearly, and getting projects done without money. Workshop Facilitator: Caroline Woolard is a co-founder of OurGoods.org and TradeSchool.coop, two barter networks for cultural production. She is currently a Fellow at Eyebeam. cost: bring drinks/food to share, or volunteer to help clean up. You must RSVP to attend: email info@ourgoods.org with your name and the item/service you plan to bring.

A night of music & art brought to you by… Chandrikas. Music by Poison Dartz/Robin Vote/Catfox/DJ Bloody Powes/ART, the closing of “Growing the Garden,” a summer art exhibition of mixed media and mixed forms by David Shull.

Pressed And, It is rain in my face, Cuddle Formation
Cameo
Saturday, August 18

A brief history of a word I use allot by Jesse Sheidlower lexicographer and writer of “The F-Word, a detailed history of the word f*ck,” Turntablist/percussionist/producer VAL INC. who pulls beautiful ghosts from a table of machines, very very real, very very human and very very funny New York stories by GREG Walloch and CHRIS WELLS, Fascinating smart songs and live electronic compositions of composer AMY X NEUBERG, beautiful and compelling 4 part vocal music of TREVOR WILSON and ENSEMBLE and a new composition inspired by Ali Farka Touré by SXIP SHIREY performed with Rob C. (special appearance by Leron Peled!)

Pitchblak Brass Band is a ten-piece brass collective comprised of composers, producers, artists, rappers, strivers, hustlers, and superstars. Hailed as NYC’s only hip hop brass band, PitchBlak has been rocking the city since 2010 with their original dance-worthy music, which combines robust horns, Afro-Caribbean beats, soaring jazz solos, and tongue-twisting raps. In addition to performing at notable venues such as 92YTribeca, Southpaw, and a packed headlining performance at Brooklyn Bowl, PitchBlak most recently played to enthusiastic crowds at the NXNE festival in Toronto. Because of each member’s diverse musical background and training, PitchBlak is active in teaching and mentoring young musicians in New York, and prides itself on giving back to the community. For more info, visit www.pitchblakbrassband.com.

“CORIOLANUS” (Shakespeare in the Parking Lot)
Municipal Parking Lot at the corner of Ludlow and Broome Streets, Manhattan
August 2-18

Coriolanus” has been re-envisioned as a modern day “election fable” in the second production of the Drilling Company’s 2012 Shakespeare in the Park(ing) Lot series. This “Coriolanus” is set during an election year, when money can buy power and working class citizens feel threatened by a dwindling patrician class who are seeking to solidify their political power by manipulating political figures. The title character, played by Arash Mokhtar, is a potential leader who is vaunted for his success as a warrior but is completely out of touch with the every day citizen’s experience of hunger and joblessness. 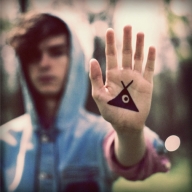 An Illustrated lecture and book signing with Rachel Poliquin, author of The Breathless Zoo and the blog “Ravishing Beasts”
Observatory
Friday, August 17th

In her new book The Breathless Zoo: Taxidermy and the Cultures of Longing, Rachel Poliquin–best known for her blog “Ravishing Beasts”–explores the cultural history and poetic resonance of taxidermy from its rudimentary beginnings in cabinets of wonder to its revival in contemporary art. From hunting trophies to extinct species and kitten weddings to perpetual pets, The Breathless Zoo examines the meaning and matter of preserved animal-things and why anyone would want them to exist, and attempts to get to the heart of taxidermy by answering two fundamental questions: why would anyone want to preserve an animal, and what is this animal-thing now? Animal or object? Animal and object. This is the irresolvable tension that defines all taxidermy. As The Breathless Zoo demonstrates, with taxidermy there are no easy answers.

There’s nothing remarkable about a movie theater today, but there used to be. When the great American Movie Palaces opened, they were some of the most lavish, stunning buildings anyone had ever seen. With the birth of the multiplex, theater companies found it harder and harder to keep these buildings open. Some were demolished, some were converted, and some remain to this day. “The Fall of the American Movie Palace” will take you through the history of these magnificent buildings, from their opening in the early 1900s to years after the final curtain.

REVERSE invites you to the exhibition of OPEN LAB, the culmination of a month of work at REVERSE SPACE, during which six emerging artists use the 1010 sq ft gallery space and convert it into their own work-stations. The artists: Jin Joo Chae, Scott Fitzgerald, Hudson Lines, Francesca Padron, Gabriel J. Shuldiner, Jeremy Zierau

Microcosm is Jonas Braasch’s new project. Expanding from his solo work, Microcosm is — in a nutshell — in a band with Jonas on the soprano saxophone, his alter ego on the Arturia Moog foot pedal, and Caira, an intelligent agent who improvises autonomously with the trio using auditory scene analysis techniques, machine listening, and logic-based reasoning. The agent is currently being developed through support from the National Science Foundation, together with team members Doug Van Nort, Pauline Oliveros, and Selmer Bringsjord. The Microcosm project was conceived to cross traditional boundaries between arts and science, and was conceptualized out of the desire to perform with an inspiring ensemble that can follow and provide musical cues very quickly. The concert will include adaptations from Jonas’ previous works: “Global Reflections”, “Sonic Territories”, and “Quartet for the End of Space”, which were released on Deep Listening and Pogus. 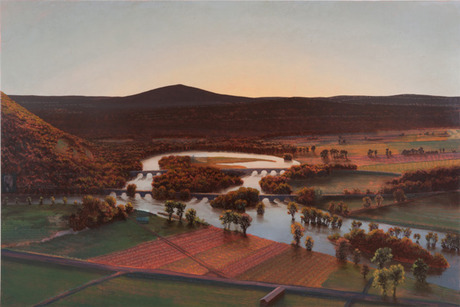 Boo-Hooray is happy to announce an exhibition of original art, publications, photography, ephemera and manuscripts related to Jacqueline De Jong’s vanguard publication The Situationist Times, celebrating the 50th anniversary of its first issue. A total of six issues were published: Issue 1 in May of 1962, and the final issue in December of 1967. A seventh issue was compiled but not published. The Situationist movement produced periodicals: Internationale Situationniste (twelve issues published between 1958 and 1969) and the German Gruppe SPUR publication SPUR (six issues from August 1960 to August 1961). There were other examples: Drakabygget (Scandinavia), Heatwave (UK), Black Mask (USA), King Mob Echo (UK). Dutch artist and graphic designer Jacqueline de Jong joined the Situationist International in 1960. De Jong suggested the publication of an English language newsletter in November of 1960, to be co-edited with British Situationist Alexander Trocchi.

END_OF_DOCUMENT_TOKEN_TO_BE_REPLACED

It’s the 3rd Annual Manhattan Wonderwalk! Come join us as we stroll nearly the entirety of the great Island of Manhattan. We will visit familiar spots and little known pathways; we’ll see gorgeous public art and mundane displays of beauty. There will also be site-specific performances along the way. You may walk part of the way or all the way, just buy your map for $20, and you’ll be able to find us at any point throughout the day. (NOTE: tickets are $10 for Secret City members.)